The Crimean War (October 1853–February 1856), was fought by an alliance of Britain, France, Turkey and Sardinia against Russia.

During the years leading up to the Crimean War, France, Russia and Britain were all competing for influence in the Middle East, particularly with Turkey. Religious differences were certainly a catalyst in the Crimean War.

Control of access to religious sites in the Holy Land had been a cause of tension between Catholic France and Orthodox Russia for a number of years and in 1853, the conflict came to a head with rioting in Bethlehem, which was then part of the Ottoman Empire ruled by Turkey. A number of Orthodox monks were killed during fighting with French monks. Tsar Nicholas I blamed the Turks for these deaths.

Nicholas took the opportunity to mobilise the Russian army against Turkey, which at this point was beginning to lose its grip on its empire. Nicholas referred to Turkey and its weakening empire as the ‘sick man of Europe’. The British and French, for their part, were concerned about Russian expansion in the region and the potential threat to their trade routes.

Initial Russian operations against the Ottoman Empire were conducted in Romania with the Russian army crossing the River Pruth into Moldavia on 2 July 1853. In response Turkey declared war on Russia on 4 October. On 4 November, the Russians destroyed the Turkish fleet at Sinope, on Turkey’s Black Sea coast, sinking seven frigates and other shipping. The British and French fleets entered the Black Sea on Jan. 3, 1854, to protect Turkish transports. On March 28 1854, Britain and France declared war on Russia.

After Austria threatened to join the allies, Russia accepted preliminary peace terms on Feb. 1, 1856. The Congress of Paris worked out the final settlement. The resulting Treaty of Paris, signed on March 30, 1856, guaranteed the integrity of Ottoman Turkey and obliged Russia to surrender southern Bessarabia, at the mouth of the Danube. The Black Sea was neutralized, and the Danube River was opened to the shipping of all nations. 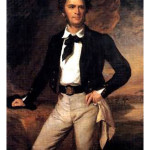